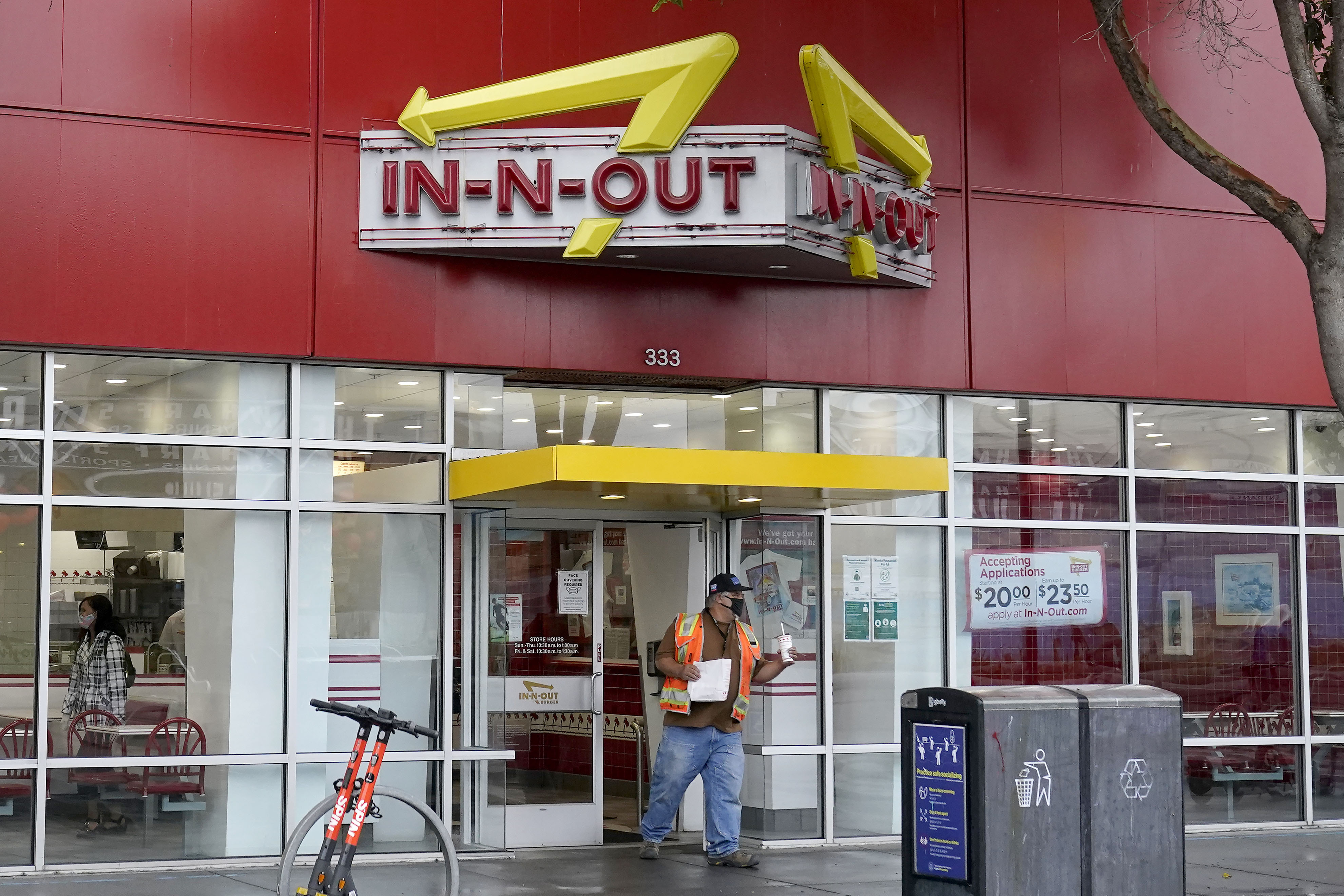 Contra Costa County suspended the permit of the In-N-Out located at 570 Contra Costa Blvd. in Pleasant Hill after the business received an additional two citations. The In-N-Out locations in Pinole and San Ramon also each received violation notices Tuesday for violating the vaccine order.

“We refuse to become the vaccination police for any government,” Arnie Wensinger, In-N-Out’s chief legal and business officer, shot back in a statement reacting to the most recent closure, categorizing the move by county officials as “intrusive, improper, and offensive” government overreach.

“It is unreasonable, invasive, and unsafe to force our restaurant Associates to segregate Customers into those who may be served and those who may not, whether based on the documentation they carry, or any other reason,” he said. “We fiercely disagree with any government dictate that forces a private company to discriminate against customers who choose to patronize their business.”

Under Contra Costa County’s order, which has been in effect since Sept. 22, restaurants and other businesses operating indoors, such as bars and gyms, are required to check that all customers 12 or older are fully vaccinated or have had a negative coronavirus test within the past 72 hours.

The Pleasant Hill location had repeatedly violated the county order, received four citations over the past several weeks and paid fines totaling $1,750 before it was shutdown, the Los Angeles Times reported. The restaurant can appeal the suspension, but must remain closed “until the hazard is abated.”

“They have just flouted the law and it was other residents who complained about them, and that is why the health department followed up and issued fines,” Contra Costa County District 1 supervisor John Gioia told KABC-TV. “They need to do what 99 percent of the other restaurants are doing, follow the rules in the interest of public health and not be the exception.”

This comes about two weeks after another In-N-Out Burger located in San Francisco’s Fisherman’s Warf was shut down for allowing indoor dining without checking for proof of vaccination. The local ordinance in San Francisco, which is among the strictest in the state, does not allow patrons to show a negative test in lieu of vaccination proof. That In-N-Out location has since reopened for outdoor dining.

Brooke Armour, of the California Business Roundtable, said the ordinance put employers in a contentious situation by having to ask their fast food employees, many of whom are high school students, to confront customers about their medical information on a daily basis.

Meanwhile, a new restriction in Los Angeles, which were approved by City Council earlier this month, are set to take effect on Nov. 8 and will require proof of vaccination for restaurants and to enter other indoor venues, including shopping malls and theatres.

Who is the real inventor of Bitcoin?