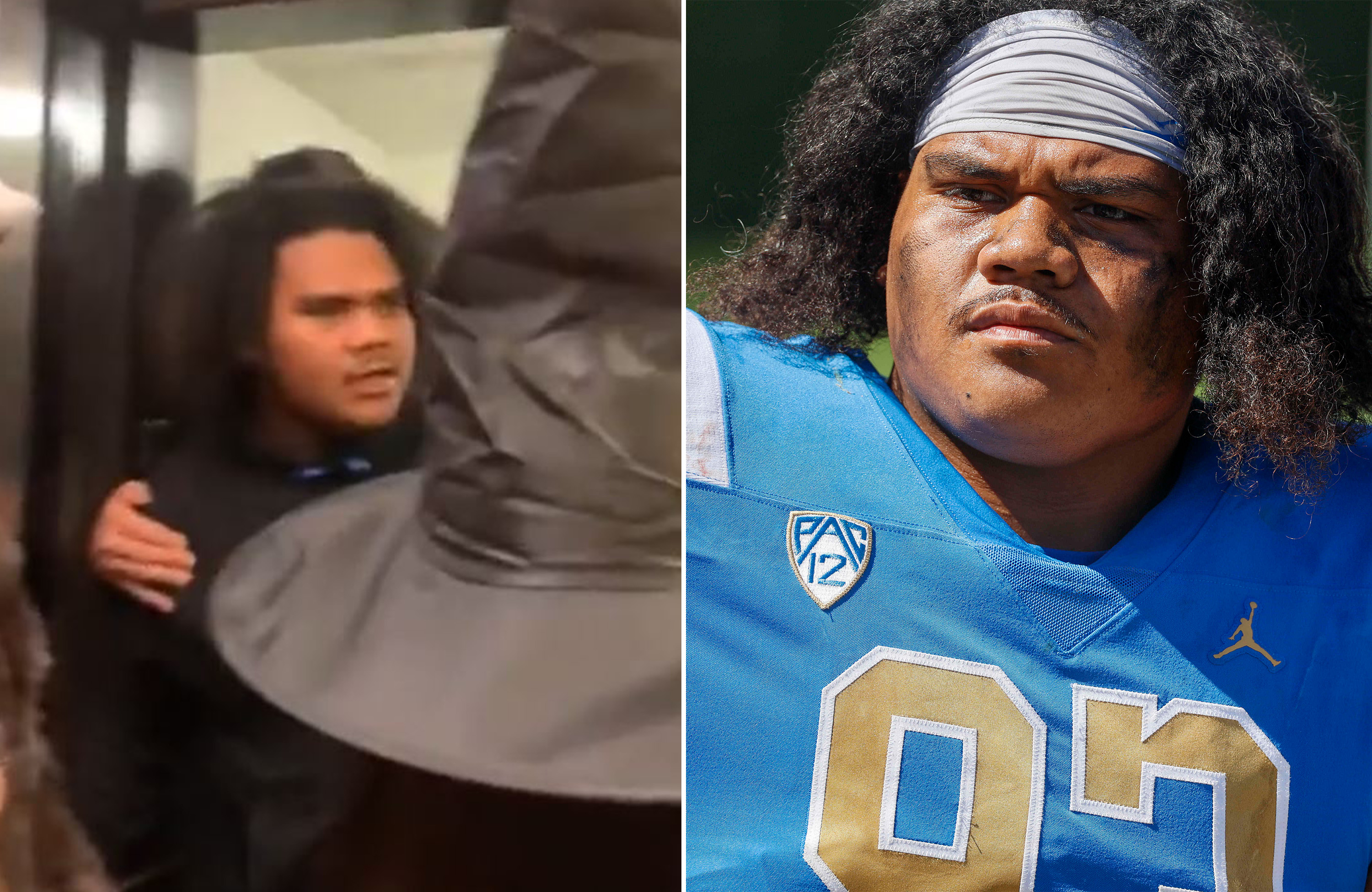 UCLA lineman Jay Toia was caught on video in a profane tiff with women he thought were USC students over Halloween weekend.

In a bizarre tirade, the 6-foot-3, 325-pound freshman prevents a group of women from exiting in an elevator and threatens them.

“Can we just go?” one woman asked Toia.

A former USC recruit, Toia questioned where the women went to school — asking of they were USC student. One woman told him they attend UC-Santa Barbara.

According to the Los Angeles Times, UCLA coach Chip Kelly confirmed he had seen the video, but is deferring to the school’s student conduct protocols as Toia continues to practice with the team.

Toia was a four-star recruit who played at Grace Brethren in Inglewood, Calif. He is a backup on the UCLA team and has three tackles this season.

Toe could be issue for rest of Packers’ season